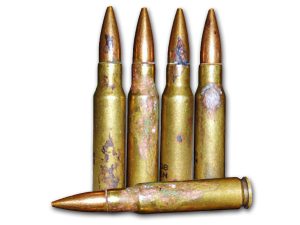 In August 2017 I visited Flanders to perform at the Scottish Memorial for the unveiling of the new silhouettes that I had been involved in raising funds for. I was staying with Erwin Ureel and the day before the big ceremony he asked me if I would join him at an Irish ceremony and sing a couple of songs there at the unveiling of a memorial stone.

After the ceremony the local Mayor invited everyone back to the town hall for drinks. A busload of lads from Northern Ireland formed a large part of the group in the town hall and their tour leader, Phil Hamilton, said that one of his members Jim English, was well known for singing Calling Doon The Line and would I get the guitar out and sing it with him? It was a pleasure to sing it with Jim. Erwin then announced “Tomorrow Alan is going to sing a brand-new song at the Scottish memorial, dedicated to Rangers Player Jimmy Speirs, but I’m sure it will be ok if he lets us hear it now. That was the first (unofficial) performance of Jimmy’s Song.  Afterwards, Tom Burke, from Dublin was asked to say a few words about the day’s precedings. Referring to Erwin’s light-hearted apology to him earlier that Jimmy was a Rangers player not a Celtic player, Tom replied in equally friendly banter. And he finished by saying on a more serious note that in the end, bullets don’t care what religion or faith you are, they’ll kill you all the same.

That struck a chord with me and I told him so later. He replied “maybe a song in there one day?” The wee spark stayed in my mind for months but so did the song.

I was invited by the group from Northern Ireland to come over and do a gig in Newtownabbey, Belfast in June 2018 and that same week I recalled the conversation with Tom and the comment about bullets.  The song flowed out and I sang it for the first time in Belfast the same week I’d written it.

It’s a reflection of a hard truth.

Who pulls the trigger or who’s in the sights

In which church you worship, what colours you wear

They fly till they get to the end of their life

Whether fired in anger or play

In peace or in war

But if you’re life’s the one in their way

Bullets will kill you whoever you are

What language is spoken, what day of the week

They’ll never ask you what purpose you seek

They just hit what they find or fly on

Bullets don’t favour a side of the line

Bullets don’t think of the ones left behind